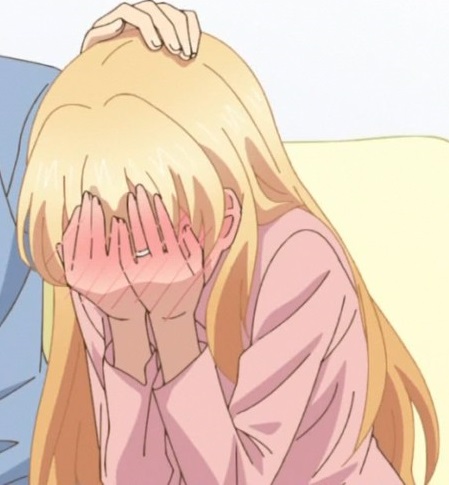 And there we go again. It looks like I’ve learned nothing after creating the 1st part of Fall Anime List, so here is part 2.

Very funny show with high cringe level. What can’t you not love in this? Well… there are few thing, but overall it not that bad and made me lough a lot. Anime comedy done right.

One of the anime shows which I’m not sure how to rate. Overall it seems OK and quality looks good, but it isn’t my cup of tea. I’m going to give it a shot though and see how things are going to look in later episodes.

Very short, about 3 min, comedy about… alcohol? Yes, one of the greatest pleasures of adulthood! Overall funny anime, worth 3 min in front of the screen with a drink in a hand. Added bonus: they show recipe for each drink made during episode! Don’t expect too much from it and you should enjoy it. It does what it’s suppose to do, gives you a chuckle in a short time.

5) Houseki no Kuni (Land of the Lustrous)

One of the more interesting shows on the list this time. CGI art style definitely makes this one unique this season. Story is not bad and has potential to be good. Characters are likable. But it’s definitely not for ever.

Oh, and just when I thought that this time I’ll be able to make a list where I’m not going to drop a single F bomb, and on which every anime is actually ok or better. No! Some fucker had to make this shit! I’m going to say it here and now: THIS is the worst piece of shit this season! Just to make it short, episodes are 3 min each, but that was more than enough time to fuck things over for this one, and story (if you can call it so) is about romance between teacher and her student. And why the fuck does it have tag “ecchi”?! It’s much closer to full on hentai than it should.

Actually a decent show. Few funny moments for each episode. Art is not special in any way, but it’s not bad either. Characters are pretty generic. Overall it’s ok and enjoyable to watch. There is only one thing… WTF is up with that cat?!

And of course there had to be more than one shitty anime in that list! When I saw a poster and name for this series I was hoping for two things: 1) horror anime and 2) decent anime. Well, I was wrong on both. It’s basically about special school/prison for kids addicted to the internet (What?!). It’s bad, very fucking bad. From the first minute it’s shit, including intro. But then something happened, somewhere around the middle of the first (and last for me) episode, I saw a light of hope. And it was getting better, that shit was being polished. Unfortunately, polished turd is still a turd. As soon as I started believing that there might be something good in this anime, I was kicked in the balls by creators and impossible happened. The whole show got even worse. The worst thing was that they had a potential for a good story and actually good anime, but somehow they fucked up every single possible thing they could and gave us that.

If you like vampires and other paranormal-humanoid things then this might be for you. Nice art, story is decent, but there is room for improvement. Overall it’s ok Few weeks ago I started looking into new anime to watch this season. While looking through the list, I had really BAD idea. What was it, you ask? Let’s watch 1-2 episodes of every single anime this season and make a post rating all of them. That was BAD decision, which left me even more mentally damaged then I already am. But after over a week and many episodes watched, here is a list of most of new anime this season with my opinion and rating. This list includes only NEW anime, no specials, ova, etc, and I didn’t include continuation of previous seasons.

Might be the best anime this season. Very well made, animations are great. Story is good so far, but a bit slow in my opinion. It’s not a bad thing though, it’s very relaxing and easy to watch. Overall: Highly recommended and I’m going to keep watching it.

Well animated, slice of life anime. And… I don’t have too much to say about this one besides that. The story is not bad. If you like this type of thing, it should be good. Am I going to keep watching it? Maybe.

Battle royale. Do I have to say more? So far it looks ok.

Action, Sci-Fi. One of the shows which are going to be on top of my list this season. Highly recommended.

Bad decision #1. It’s just bad. I dropped it after 2 episodes, but should have done it after the 1st one. I gave it another chance and in 2nd ep it was even worse. It’s basically gore for the sake of being gore. I would say, stay away from this one. I’m not going to even try to watch it again. GTFO!

With this one, I asked myself “What should I do with you?” And to be honest I don’t know. It does have potential to be good, but so far the only thing it did is to confuse the fuck out of me. I’ll see what happens in next few episodes, if it’s not going to improve, it’s going to end on the dropped list. Meh

7) Net-juu no Susume (Recovery of an MMO Junkie)

This one looks fun so far. Good comedy about MMO gamer. Recommended.

8) Imouto sae Ireba Ii (A Sister’s All You Need)

Oh dear. And now, what we’ve all been waiting for. Let the shitshow begin! I don’t even know where to start. From the title you can already assume what “type” of anime is that. Most of it seems to be forced, jokes, drama, you name it. First few minutes made me wish to never watch this one in the first place. After that it became watchable… kind of. It got 3, because it gets a bit better after 1st episode, but it still got dropped by me. I just want to know one thing, “WTF Japan???!!!”

Good news, everyone! It gets even worse! This one is cringy as fuck, filled with sexual jokes and situations with school girls. In its defense, it made me laugh more than few times. Was it enough to save it? Hell fucking NO! Out with this one!

Another great animation this season! Story looks to be good. Visuals are amazing. And the whole thing is told the way that viewer knows about as much as the MC, and if there is anything to add about location, people, etc., it’s being done in very easy and efficient way. Highly recommended. Might be one of the best anime this season, together with #1 and #11. Which brings us to:

Probably my favorite show for this season. Very nice animation, beautiful scenery and interesting characters. There is no real plot or story connecting episodes with each other, but it’s still enjoyable to watch. The whole thing is a bit philosophical. Touching subjects such as country where murder is not prohibited, or country/city which is constantly on the move. It’s intriguing to see the authors vision of those places. If it’s going to stay as good as it is, it has the highest chance of taking the #1 spot of best anime this time. Highly recommended!