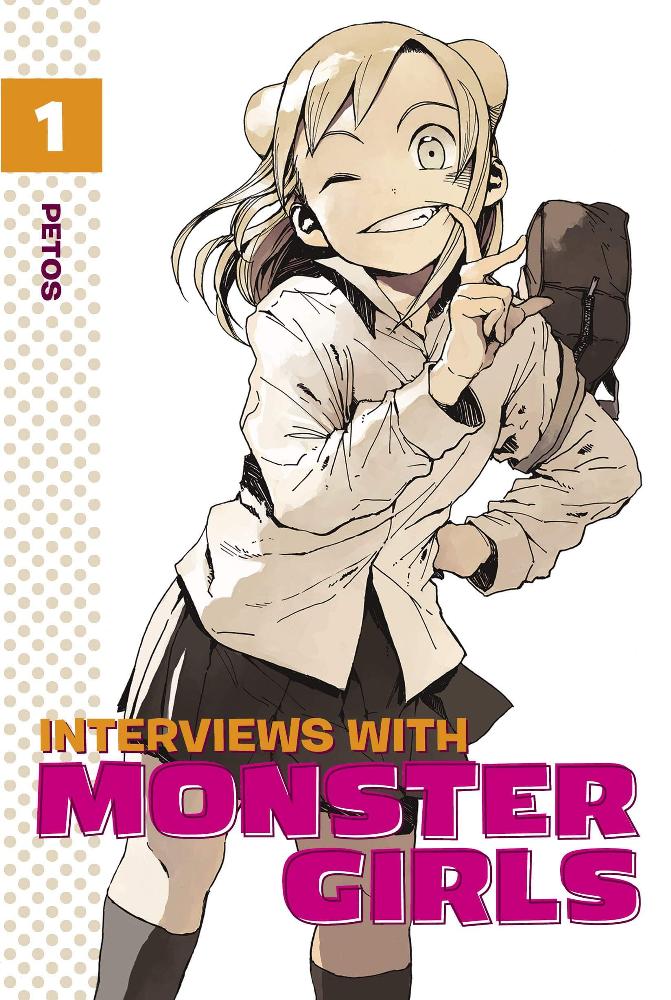 Demi-chan is your typical slice-of-school-life series that really doesn’t stretch much as far as that theme goes. It doesn’t break any boundaries and you could even call it formulaic to an extent. Group of characters get thrown together and friendships happen. You’ve seen that before. You’ll see that again. Let’s move on.

The group of main characters are all monster girls, which is a handy metaphor for someone with a social stigma or handicap without the need to address an actual social stigma or handicap. The show is weak on this point as well, but it’s not really a hindrance as while the platform could have been used to address such topics (and perhaps it will in another volume) it settles instead to focus on the characters and their interactions within their little social group.

Everywhere you look there’s inclusion and a general air of cooperation. For the most part this is a show about people getting on with life. There are a couple of instances of what you’d expect from having a group of people who are ‘different’ in a public setting like a school but overall there isn’t much as far as struggle or something to overcome. I would go so far as to say that the supporting cast of characters were nearly super-human in their ability to be rational, thoughtful, and perceptive. The lack of conflict got to the point where I was looking for a villain to come along and throw a monkey wrench into the happy little group. They almost gave me one but they gave up on that angle almost as fast as they introduced it.

My fear coming into this series was that it was going to be a harem show and thankfully my fears were allayed early on. The writing was done well and the voice cast did an outstanding job. The humor was on point throughout the show which I can’t say I was expecting. The show also has a refreshing lack of fanservice. They did manage to shoehorn a pool setting and swimsuits into the mix but they didn’t have to go out of their way to make it happen and it wasn’t there solely to show young women in swimsuits.

The animation was pretty impressive in places. The backdrops are all nicely detailed and the settings are well thought out. You can tell that they spent a lot of time on the dullahan character as the little things the character does; everything from looking around a room to shrugging comes off as natural. You never look at an animation of her and think “that’s odd”. She’s just a girl who happens to have to carry her head around. There’s a scene in the last episode of the girls splashing water around and it’s some of the best water art I’ve seen in a series. I found it all outstanding and A-1 Studios did another fantastic job.

My final impression of the series is that it’s a funny fluffy show about a dude who channels his intellectual curiosity into something much bigger than he expected it to be and finds himself happy with the results even though he has his doubts. It was worth the watch and I’ll watch any subsequent seasons but I doubt I’ll be back for a second viewing of any of it. It’s not breaking any new ground.